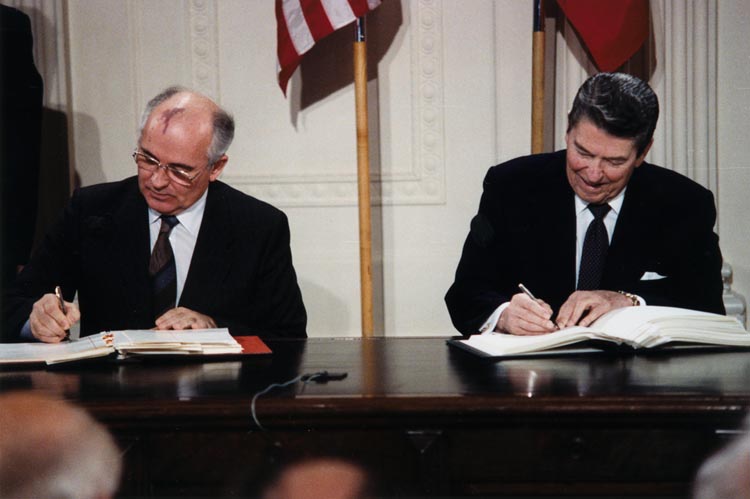 President Trump announced the US would back out of the 1987 missile ban with Russia. The Intermediate-Range Nuclear Forces Treaty was instrumental in ending the Cold War, but there have long been accusations of violation from both sides.

Former Soviet Leader Mikhail Gorbachev, who negotiated the treaty with then-US President Ronald Reagan, has warned the withdrawal would be a mistake, and Russia’s deputy foreign minister has warned the move is a dangerous step.