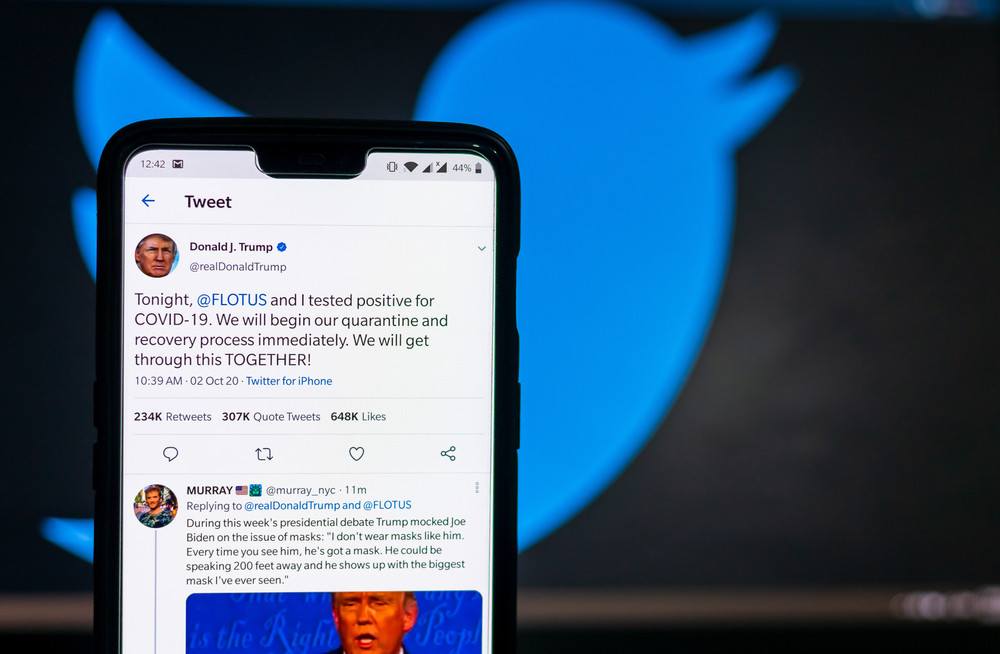 Late on Thursday night, America was shocked by the news that US President Donald Trump had contracted Covid-19. The news announced via his Twitter, coincided with the beginning of his Quarantine alongside First Lady Melania. This was followed the next day by the news that Trump would be moved to Walter Reed hospital for treatment. At the time, CNN reported that officials had ‘serious concerns about Trump’s health’.

Despite this however, the White House continued to push out positive messages indicating Trump was successfully fighting the virus. After a brief and widely criticised drive-by visit to supporters outside the hospital on Sunday, Trump announced his return to the White House today.

After the return, Trump announced he ‘may be immune’, but questions remain about his condition.  In this story, Ryan Stanton speaks with a US Studies expert, and infectious diseases scholar in order to separate the facts from the fiction.

Download Audio
Produced By
Featured in storyDr Paul Griffin, Director of Infectious Diseases at Mater Health ServicesBrendon O'Connor Associate Professor in US Politics at the US Studies Centre at the University of Sydney
Category
Tags
Arrow Back to archive
Arrow Back to Tuesday
Share Facebook Twitter Twitter Tumblr
Other stories from this day:
You might also be interested in: