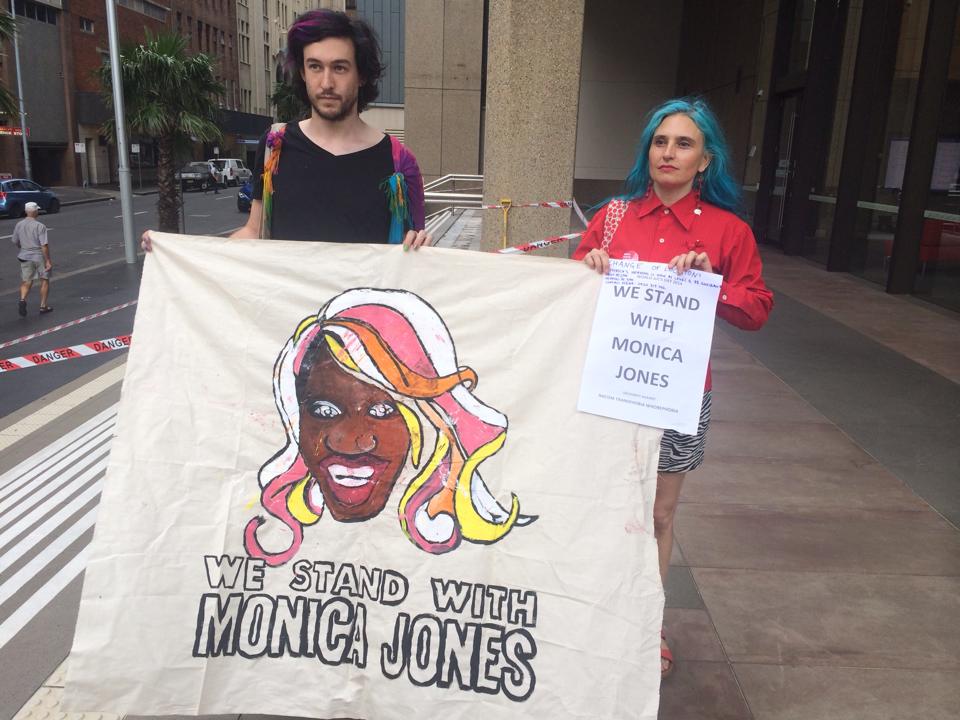 On Friday transgender sex worker activist, Monica Jones, was detained in Villawood detention centre after returning from her hometown of Phoenix, Arizona to complete her Social Work degree in Sydney. Ms Jones had been undertaking field work with the Australian sex workers association, Scarlett Alliance and had returned in time for World AIDS Day, where she had hoped to learn more about the work being done at the grassroots level to prevent the disease’s transmission. However, in circumstances that are yet to fully explained, her visa was cancelled after the Australian Department of Immigration found her to be an unlawful citizen. While appealing her sentence in federal court today, a group of protesters congregated outside the John Madison building in the Sydney CBD to show their support for Jones.