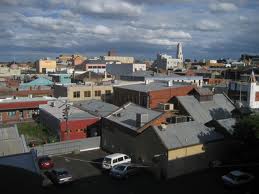 Retailer Target has axed 260 jobs from its Geelong head office just weeks after another of the city’s major employers, the Ford Motor Company, announced it would stop production by 2016. More jobs are in doubt in both the retail and manufacturing sectors, as well as at the city’s Alcoa smelter. Christopher Testa investigates the future of employment in Victoria’s second largest city.