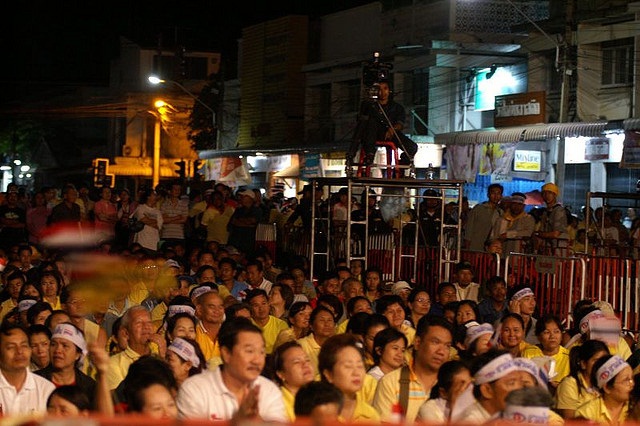 Thailand’s political unrest seems to be worsening now with supporters of Thailand’s besieged government warning that the country could break out in civil war. Since Thai Prime Minister Yingluck Shinawatra was stood down by a constitutional court last week political tensions have flared up again.

Anti-government campaigners have set up headquarters at Government House in Bangkok, Thailand’s seat of power, and are demanding that Thai courts and the Senate appoint a new Prime Minister.  But Pro-government red shirt protesters are saying that appointing an un-elected prime minister ‘will inflict crisis on the nation, because the only solution for Thailand is democracy under the king as head of state.’  And right now the international community’s plea for political dialogue is being ignored.