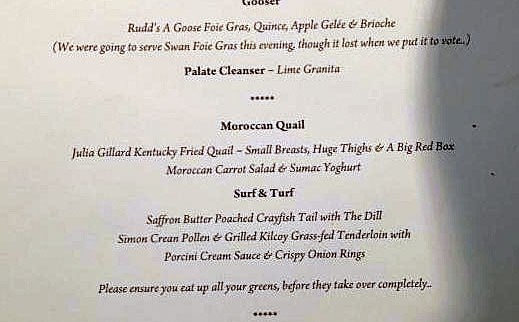 Sexism in our political leaders was back in the spotlight in Australia after it came to light that a menu set for a fundraiser for LNP candidate and former Howard government Minister, Mal Brough, contained an offensive description the Prime Minister’s body.

The menu item has been broadly circulated on social and other media today.It offered: “Julia Gillard Kentucky Fried Quail- Small Breasts, Huge Thighs & a Big Red Box”. Coalition MP’s are claiming the PM is playing the ‘false’ gender card.  The Wire considered whether to publish the remarks and feels they are important to allow a considered view of whether the remarks can be seen as offensive.