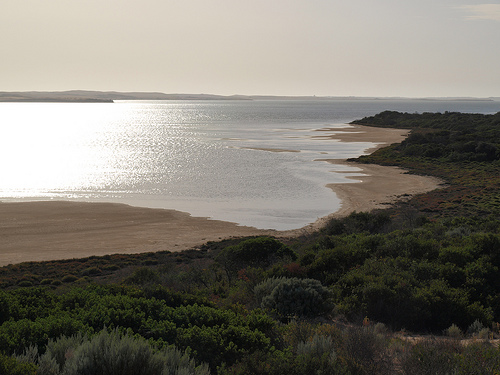 A new draft of the plan for the murray darling basin was released today, setting a much lower target for returning water to the system than had previously been canvassed. The plan suggests that 2750 gigalitres will need to be returned to the system each year. This is much lower than the figure of three and four thousand gigalitres that had earlier been put forward as a sustainable amount to return to the environment.

Despite this much more modest proposal for the buyback of water allocations, irrigating communities remain unhappy about the plan.But some scientists say that ecosystems at the bottom end of the system – like the Coorong wetlands – are already being sacrificed under the plan.

Download Audio
Produced By Tim Roxburgh
Featured in storyDavid Paton - Associate Professor and Head of the Discipline of Ecology & Evolutionary Biology at the University of AdelaideJamie Pittock - Water Researcher in the ANU's Crawford School of Economics and Government
Category
Tags
Arrow Back to archive
Arrow Back to Monday
Share Facebook Twitter Twitter Tumblr
Other stories from this day:
You might also be interested in: