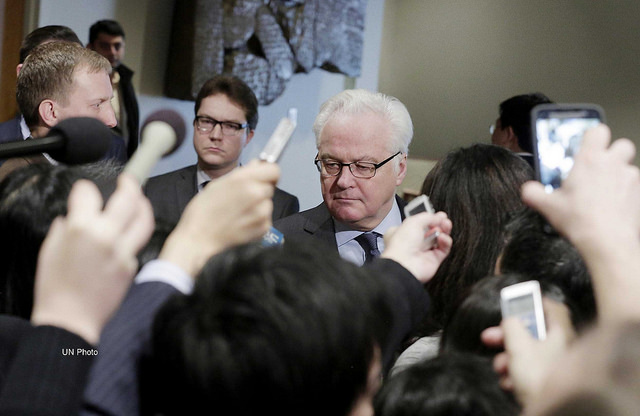 Play
Stop
Image : 'Vitaly I. Churkin, Permanent Representative of the Russian Federation to the UN, speaks to journalists' by United Nations Photo

Vitaly Churkin, Russia’s ambassador to the UN, died yesterday of a suspected cardiac arrest in New York. Former diplomatic colleagues have expressed their sadness at the loss and extended their condolences to his family.

Churkin leaves behind a legacy that will be hard to match. He was the longest standing member at the UN Security council and was well known for his ruthless effectiveness and charming character.

Now, with US and Russia tensions at boiling point, its unclear as to whether the departure of the US Ambassador and the death of Ambassador Churkin will trigger a new phase in Russian-American relations.