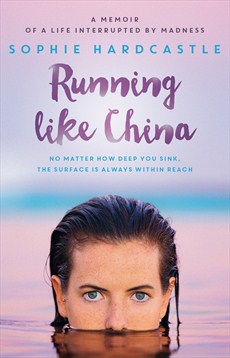 Play
Stop
If you have any concerns about yourself or others, you can contact Lifeline on 13 11 14 (Image by Hachette Australia)

As a young girl, Sophie Hardcastle was in love with the world and felt most alive when she was surfing at sea. This changed when her brain betrayed her at seventeen, and she turned to drugs, alcohol and sex in a desperate attempt to feel alive. At one point, Sophie tried to take her own life. Her family and friends rallied behind her, as she was diagnosed with bipolar and the agonising journey to healing began. In many ways, she hid behind her nickname China to reject the part of her that was not coping. Now, four years later, Sophie is tearing down the stigma around mental illness in her memoir, Running like China. She hopes to offer some relief to the one in five Australians who are suffocated by a darkness they feel they cannot escape.