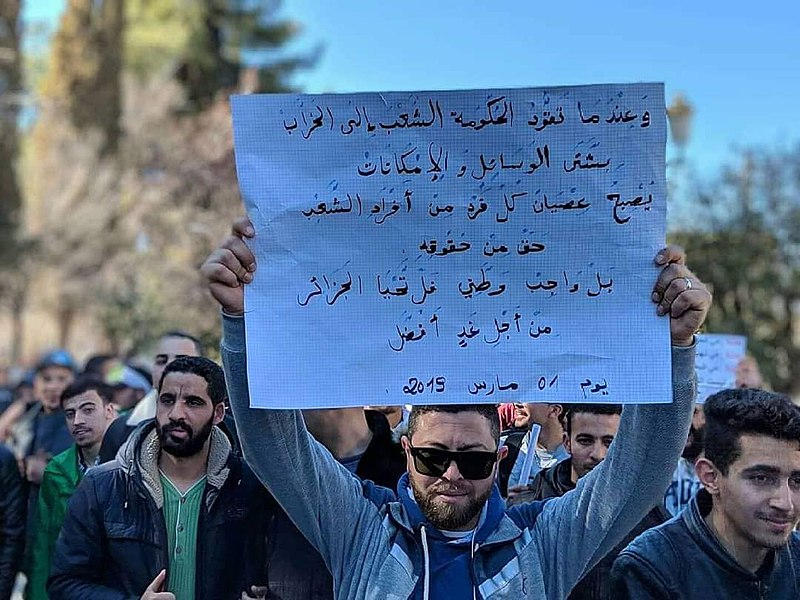 After six weeks of continuous protests in Algeria, President Abdelazziz Bouteflika has now resigned and Abdekhader Ben Salah has been announced the interim-president.

This announcement failed to quell the protests, with protesters demanding a complete change to the Algerian power structure.

Ben Salah has now announced an election date for July 4.  The announcement came the day after Ben Salah assumed office.