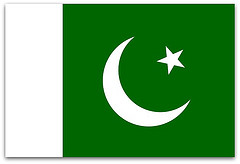 This is the first time in the 66 year history of Pakistan that one democratically elected government will follow another if all goes well on the 11 May. Pakistan has always struggled with democracy with periods of dempocratic government followed by military dictatorships.

The Pakistan Muslim League led by a former Prime Minister Nawaz Sharif is expected to put up a strng showing against the incumbent Pakistan People’s party. The global community will awaith the outcome of the election with keen interest. Stability in Pakistan is vital to the west’s war on terror.