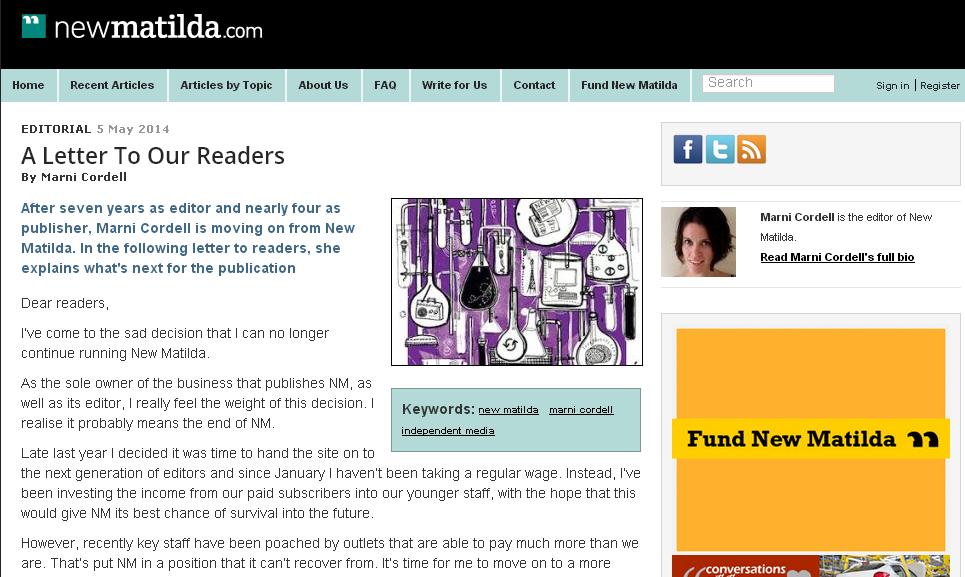 After ten years, Australia’s most successful crowdfunded current affairs site New Matilda, has announced its closure. Marni Cordell has been owner and editor of the site for the past four years, and was an original founder. She said it has been difficult to retain staff with rivals offering better wages, but that the funding model remains a solid one.