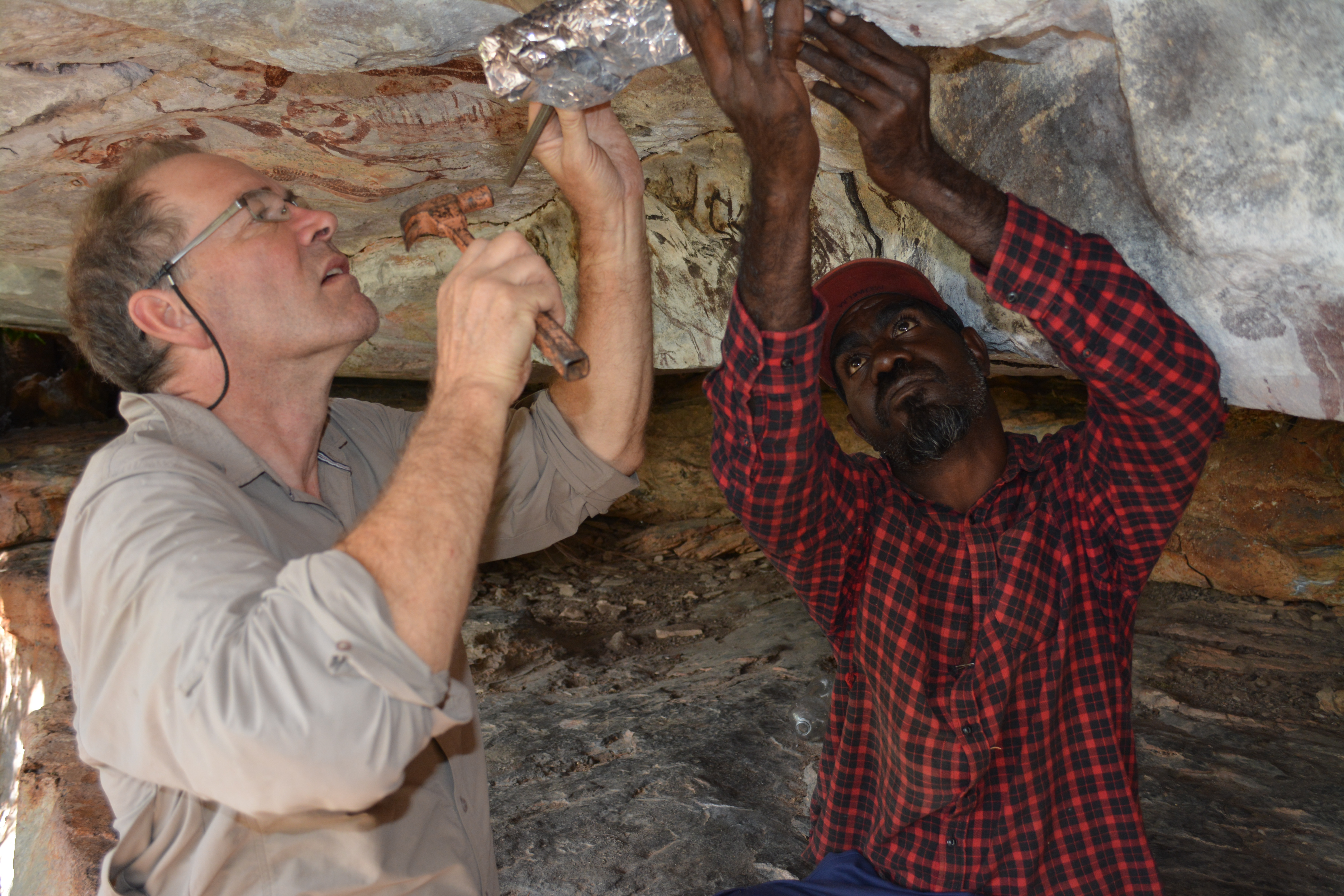 Play
Stop
Image from The University of Melbourne's media kit for corresponding article [found at: https://about.unimelb.edu.au/newsroom/news/2020/february/wasp-nests-used-to-date-ancient-kimberley-rock-art]

The Kimberley region in Western Australia is a vast gallery of ancient Aboriginal rock art, containing tens of thousands of rock art sites that portray the several distinct artistic periods.

The second oldest of these periods, the Gwion Gwion period, is characterised by its painted depiction of elongated humans adorned with elaborate decorations.

Traditional methods of dating, like radiocarbon dating, were unable to be used due to the composition of the paint.

However, a recent study has overcome these issues by radiocarbon dating the mud wasp nests that lay over-top and underneath the rock paintings to establish that the Gwion Gwion art period is around 12,000 years old.