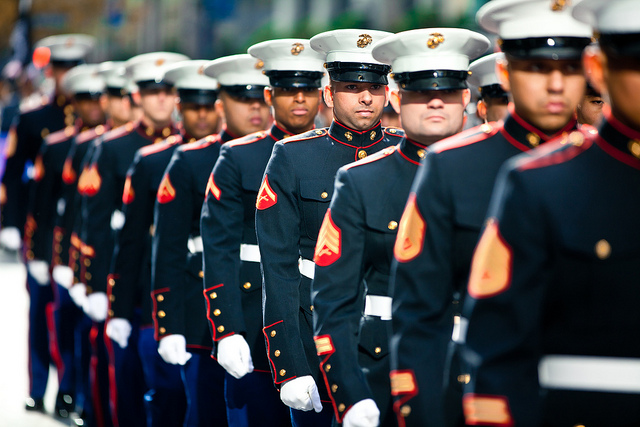 Play
Stop
But, experts are concerned about the effect this decision will have on the Asia-Pacific region. (Image: DVIDSHUB on Flickr.)

2,500 American marines are to be based in Darwin from 2017, as part of a new agreement between the United States and Australia. The Force Posture Agreement will be signed tomorrow by US Secretary of State John Kerry and Minister of Foreign Affairs, Julie Bishop. The agreement, which allows the US to expand its military resources in Australia, was originally reached back in June by US President Barack Obama and Prime Minister Tony Abbott.

Download Audio
Produced By Ellen Leabeater
Featured in storyDr Adam Lockyer- Senior Lecturer in Security Studies, Macquarie UniversityBrendan O'Connor- Associate Professor in American Politics at the United States Studies Centre, University of Sydney
Category
Tags
Arrow Back to archive
Arrow Back to Monday
Share Facebook Twitter Twitter Tumblr
Other stories from this day:
You might also be interested in: