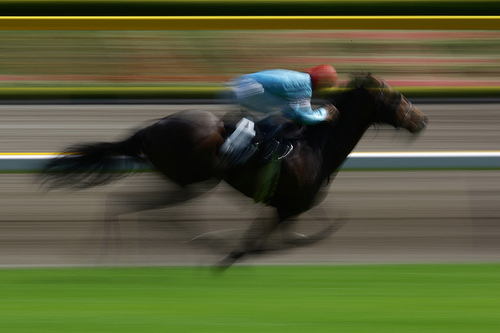 A horse had to be put down during the running of the Melbourne Cup, adding fuel to the debate over animal welfare standards in the industry. But the industry continues to maintain that there is no evidence of animal mistreatment in racing.

It was a fine day for racing in Melbourne, and a big turnout of punters at the biggest race meeting of the year.But it was the end of the line for one French horse, Verema – the horse broke a bone during the race, and had to be put down. Even before today’s incident occurred, there were protests over how the industry treats its horses.