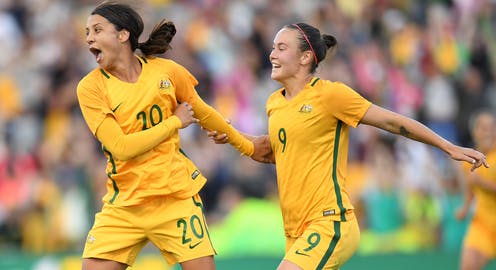 Announced by Football Federation Australia, the deal will see Australia become the first country in world football to guarantee an equal share of commercial revenue with their male counterparts.

“In my playing career I never thought I would see the moment equality was reached in the way it has been.”@TheMatildas midfielder @elise_kk8 on today’s historic #EqualPay announcement. pic.twitter.com/eTXddSDGLp