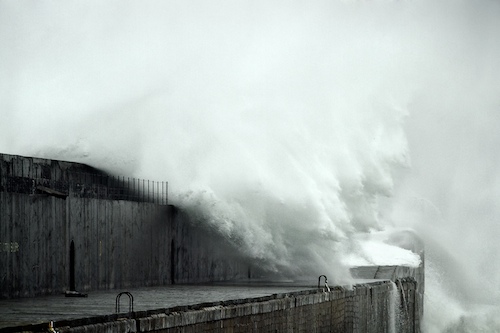 At around 5am this morning local time, Japan experienced an earthquake off the coast of Fukushima and subsequently issued Tsunami warnings for several prefectures on the east coast.

Those residents who were presiding in low-lying areas in Fukushima and Miyagi prefectures were advised to evacuate.

The area is the same one which was devastated by the 2011 Fukushima Daiichi nuclear disaster.

All tsunami warnings were removed on  Tuesday afternoon,  and only six people received minor injuries after the quake.

Download Audio
Produced By
Featured in storyJames Goff, Professor of Tsunami Research, University of New South WalesNobuhito Mori, Associate Professor with the Coastal Disaster Engineering group at Disaster Prevention Research Institute of at the Kyoto University
Category
Tags
Arrow Back to archive
Arrow Back to Tuesday
Share Facebook Twitter Twitter Tumblr
Other stories from this day:
You might also be interested in: