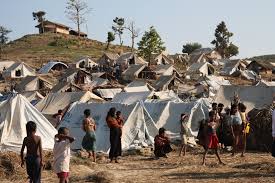 The Rohingya people are facing a further uncertain future.

Although there have been progress in rectifying the source of conflict, such as Amnesty International withdrawing its highest honour from Myanmar’s leader, Aung San Suu Kyi, for failing to speak out against the atrocities against the Rohingya Muslim population and condemnation by other international bodies such as the United Nations, the Rohingya people still have the hardship of inadequate facilities and a still hostile government.