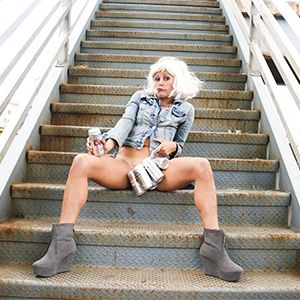 A woman walks into a comedy club. American comedian Daniel Tosh is there and he’s making jokes about rape. “Actually, rape jokes are never funny!” she calls out. Tosh pauses for a moment. Then, he says, “Wouldn’t it be funny if that girl got raped by like, 5 guys right now? Like right now? What if a bunch of guys just raped her…” He’s since apologised but not before a furore broke out across America which saw some comedians defend Tosh’s right to free expression. So can you make a comedy show about rape? And is it ever funny? US comedienne Adrienne Truscott’s show at the Adelaide Fringe is exploring this very issue.