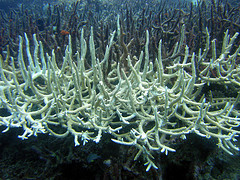 The health of the Great Barrier Reef is at stake as UNESCO prepares to downgrade the site’s World Heritage status. Despite the global warnings, coal ports are still under consideration for the coast all along the reef.

UNESCO has deemed conditions not so great at the Barrier Reef.The global organisation originally planned to make the downgrade in June but has decided to postpone until next year pending on Government decisions about proposed coal ports.Despite such a significant wake-up call from the world’s peak heritage body, the state and federal governments continue to sit on decisions about new coal ports.