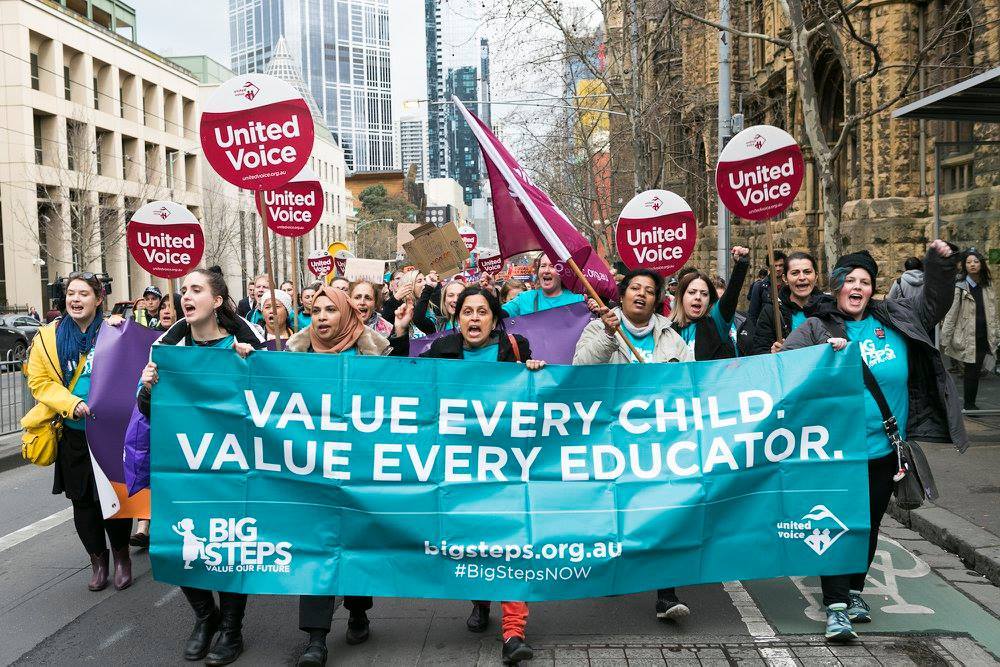 Over 300 childcare centres were closed today as workers walked off the job to protest their wages.

It’s the industry’s third rally in twelve months, and their union, United Voice, says it’s a response to the dismissal of their Fair Work case in February.

Amid concerns that the female-dominated industry is undervalued, United Voice says workers are frustrated with the lack of progress.