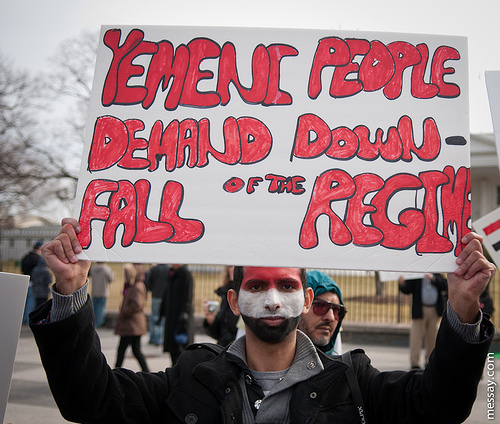 Shells were being fired on targets in Yemen’s capital Sana’a this morning, as violence that has already claimed 50 lives shifted into what appears to be a more serious phase. One expert says that the international community’s response to the violence has been muted, partly because some nations continue to see Yemen through the prism of the war on terror.

Sarah Phillips lectures in the Centre for International Security Studies at the University of Sydney.She says that Western nations have provided a sheen of legitimacy to Yemen’s president, Ali Abdullah Saleh, because they incorrectly perceive his regime as the only thing stopping the country slipping into chaos.