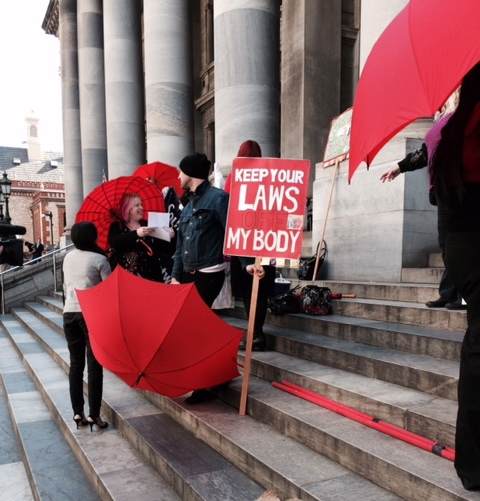 Yesterday sex workers around the world celebrated the 40th anniversary of International Whores’ Day. Begun in 1975, when sex workers in Lyons, France occupied a church to protest their treatment by the police, June 2nd is now a day of recognition of and advocacy by sex workers. In South Australia, where sex work is still illegal, the day had special meaning as sex workers and their supporters rallied at Parliament House, calling for sex work to be decriminalised.