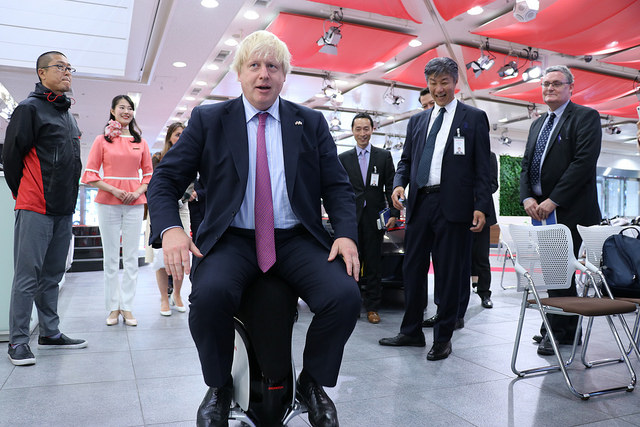 Do-anything, say-anything Boris Johnson looks like he could be positioning himself for a tilt at the Conservative Leadership at the upcoming Tory conference at the end of the month.

Today, he was in hot water after likening Theresa May’s Brexit plan to that of a wearing a ‘suicide vest’ going into final negotiations with the European Union.  This clumsy metaphor  horrified Foreign Minister Alan Duncan and comes on top of lurid revelations relating to the ex Foreign Minister’s divorce and (not so) private life.

But does the British public secretly like having someone with the ‘Trump touch’ within reach of Number 10?