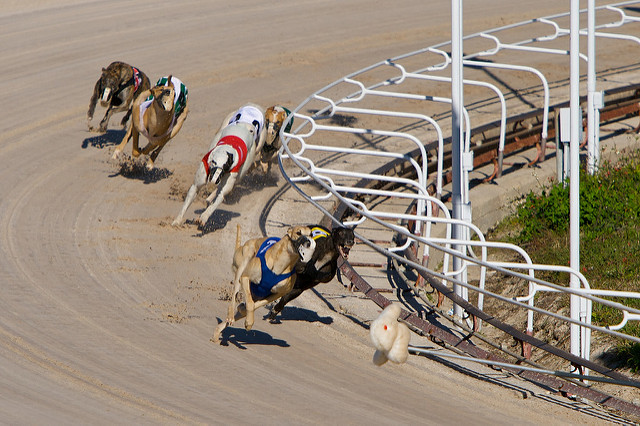 Premier Mike Baird has made an unexpected  decision to allow the greyhound racing industry in New South Wales to continue on past 1 July 2017.

Today he admitted that he and his government had ‘got it wrong’ when it came to the industry and planned to ditch the ban in favour of reform.

Animal rights groups are saddened by the overturning of the laws and are calling on the Government to include the advocacy groups in setting the standards and regulations of the dog racing industry into the future.

Download Audio
Produced By
Featured in storyClive Phillips, Professor of Animal Welfare Centre for Animal Welfare and Ethics - Faculty of Science at the University of QueenslandDarren Hull, Operations Manager at Bulli Greyhound Club
Category
Tags
Arrow Back to archive
Arrow Back to Tuesday
Share Facebook Twitter Twitter Tumblr
Other stories from this day:
You might also be interested in: