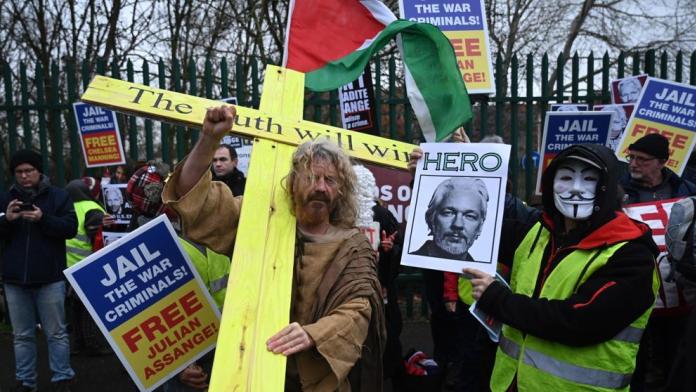 After 7 years in the Ecuadorian Embassy and nearly a year in Belmarsh prison in the UK  Julian Assange appeared in court yesterday to fight an extradition request from US authorities.

Despite pleas from Australian MPs, and a vigorous support campaign, Assange  faces the prospect of up to 170 years in prison if he is extradited to the US.

In this report we hear from Julian’s father, John Shipton, speaking immediately after the first day of the hearing.