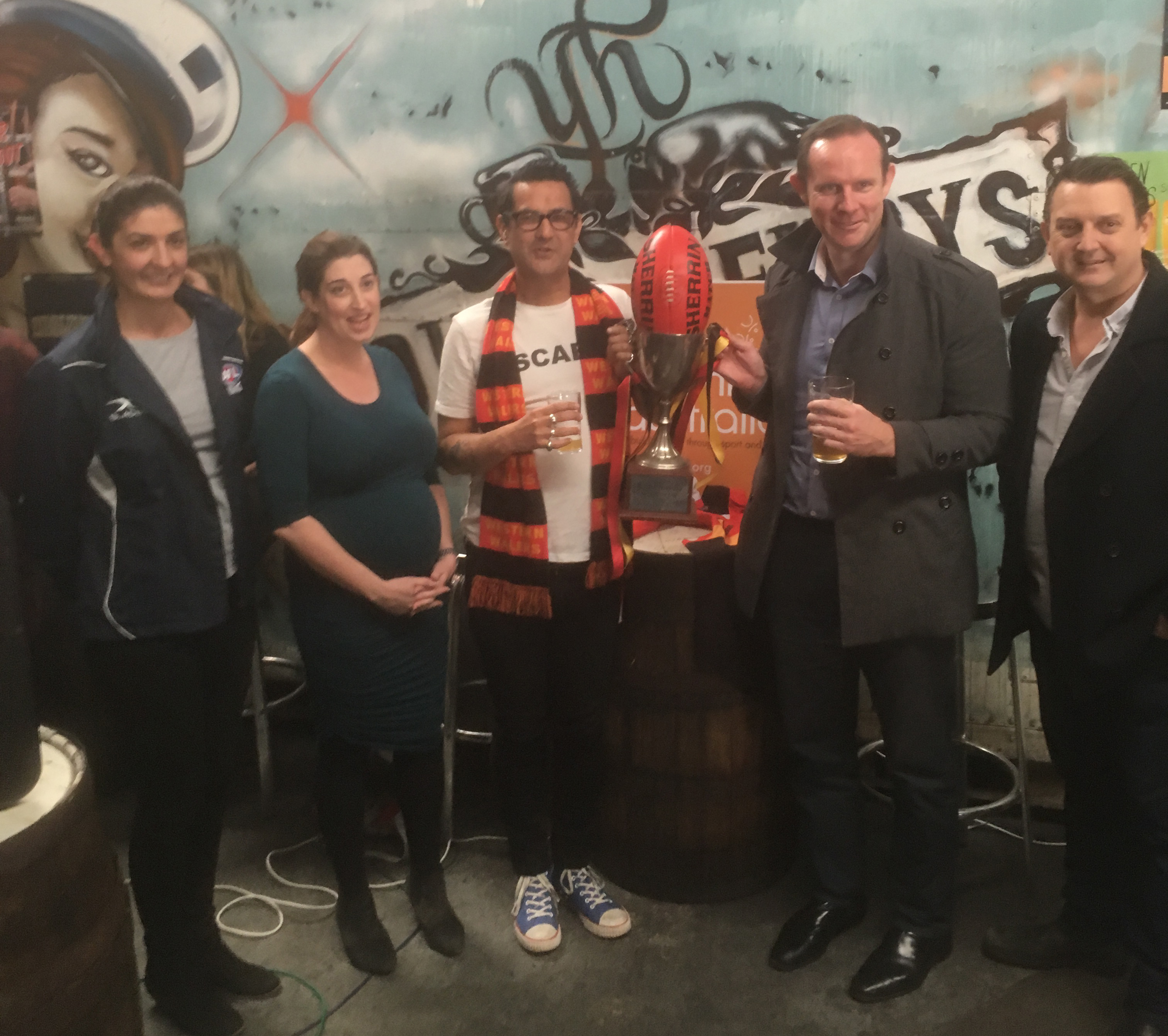 Getting stuck in to get his clearances shows the Albanese factional prowess in action, and the best thing is that the whole day proceeds go to charity to help those less well off thanks to Reclink.

The Wire attended the event launch and Bands, cheerleaders, music, and as Mayor Darcy Byrne says NUDITY are all part of the event which launched on the weekend at sponsor craft brewer Young Henry’s.

The Cup will be won or lost on 19th August at Henson Park in Marrickville in Sydney.