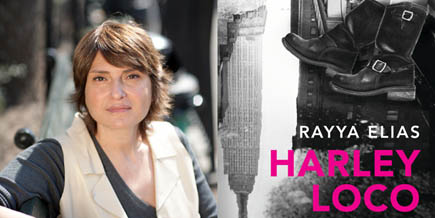 Raaya Elias started drug taking as a child. She was the daughter of Syrian parents growing up in Detroit. Her habit eventually took hold of her life and she became a down and out addict. 26 years later she stopped and has remained clean since 1997. She has now writen a book about her hard-living gritty experiences and how she found her way out.