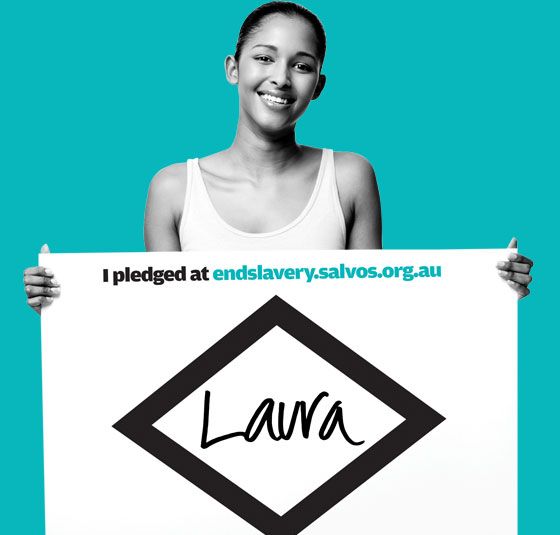 It may come as a shock that slavery still exists right here in Australia. And it’s not just in the sex slave trade. More and more the figures are reflecting a trend towards forced labour, where workers are either brought into the country to work as slaves or existing residents are coerced into work for no pay. And there’s nothing stopping Australian businesses importing goods that have, somewhere along the line, been made by slaves. Now campaigners are saying enough is enough.

Today is the first United Nations World Day against Trafficking in Persons and the Salvos want you to commit to help end slavery. They’ve launched a new initiative called The Freedom Partnership to End Modern Slavery.